SEOUL, 25 JANUARY 2021 – The ASEAN-Korea Youth Academic Webinar, held by the ASEAN-Korea Centre, is set to take place on 27 January at 2PM (KST).

Author: Sandra Seno-Alday, Sydney University The roughly 20 typhoons that hit Southeast Asia each year pale in comparison to the impact on the region of COVID-19 — a storm of a very different sort striking not just Southeast Asia but… 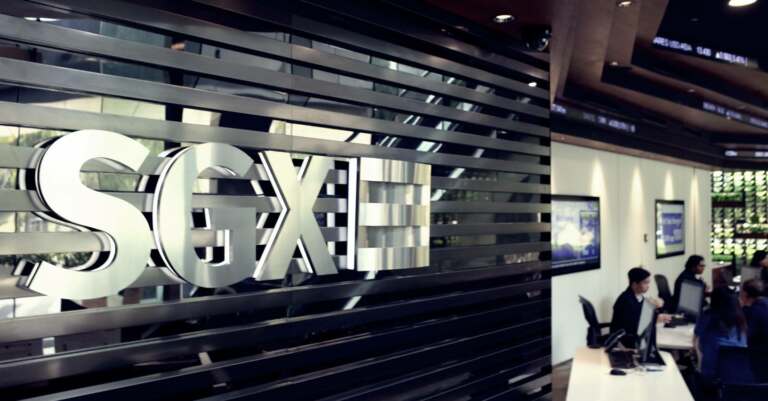 Can Asia maintain growth with an ever ageing population ?

To boost productivity in the future, Asian governments will have to implement well-targeted structural reforms today.

After five years of negotiations with countless disagreements and obstacles, trade ministers of 12 TPP member states reached the final consensus on the world’s largest free trade agreement on October 5 evening. Before the agreement is officially signed, TPP must be approved by the heads and parliaments of the 12 member states countries.

THERE is no question that the Southeast Asian region, as embodied in the Association of Southeast Asian Nations (Asean), is the bright spot of the global economy, and will remain so for years to come. The region is moving toward more economic integration not only to enhance the individual countries of Asean, but as a buffer and protection against other regions and, of course, China. No one knows exactly how this integration is going to play out. It will be a mostly free-trade zone, but without a common currency similar to the North American Free Trade Agreement. There may be some lifting of travel requirements to cross borders, but nothing like the Schengen area of Europe, which has abolished passports. Investment flow will be increased between Asean members, but there will still be some restrictions and, frankly, hesitation and caution about letting full completion of many economic sectors. However, there is little doubt that Asean members are committed to move forward as much out of necessity in the current global environment as from a desire to help each other improve. The Asean members are a very mixed bag of economic development and progress from Cambodia and Myanmar to Singapore and Malaysia. But there are some common interests and traits which may be able to hold the Asean integration together without too many problems. Part of the reason that Asean integration will be successful is that it has been a process, almost an informal joining over many years. The stock exchanges in Singapore, Malaysia and Thailand launched the so-called Asean Trading Link in 2012. This platform was designed to facilitate investors being able to trade on the home stock-market listed shares of companies in the other countries. But three stock markets do not make for a regional exchange. In fact, the Asean trading link was first only Singapore and Malaysia, which makes sense since those two countries are already closely integrated with some large companies being as much Singaporean as they are Malaysian. Philippine Stock Exchange (PSE) CEO Hans B. Sicat said this past week that the PSE intends to join the trading system as early as 2016. This would be a good move for both the Philippines and the Asean. There are problems with integrating government rules and regulations across borders that must first be resolved, perhaps requiring some changes in Philippine securities laws. Sicat said that Filipino investors are not currently allowed to buy stocks abroad through brokerage accounts at home, which is typical of our misguided protectionist policies. Hopefully, some in the legislature will recognize the need for the PSE joining the regional stock markets and will champion this cause. This is good for the Philippines, and it is good for Filipino investors. By businessmirror.com.phThe post Asean regional stock market appeared first on Asean Investment | Marc Djandji Blog. TOKYO—Japan said Indonesia has chosen China’s bid over its own to build a $5 billion high-speed rail project on the island of Java, ending a drawn-out process that included two unexpected reversals by Jakarta in the past month. The decision would mark a victory for Beijing as it challenges Japan’s influence in Southeast Asia, where Tokyo has long had closer ties, partly by ramping up investment in infrastructure projects across the region.

MANILA, Philippines - The Philippines remains an attractive investment destination among companies from Hong Kong and China despite ongoing territorial disputes. “There’s tremendous interest in what’s going on in the Philippines. It is not only Hong Kong companies but also mainland Chinese companies that are in Hong Kong. I hope we’ll see more companies coming into the Philippines soon,” Invest Hong Kong Director General of Investment Promotion Simon Galpin told The STAR in an interview. According to Galpin, more Hong Kong and Chinese firms are currently looking to see which part of their businesses is well suited to be in one of the region’s fastest growing economy. “It took time for the Philippine economic story to get through but I think it now has not only among the mainland and Hong Kong business community but also the large international business community. The Philippines is definitely the economy people are watching,” he said. “The fact that the Philippines has done so well in business process outsourcing is an indication. The Philippines is definitely a good news story,” Galpin added. Investments from Hong Kong that have qualified for investment incentives from Philippine government are currently among the biggest in the country according to the Department of Trade and Industry. Galpin said the number of Hong Kong and Chinese firms showing interest in investing in the Philippine market is not the only one increasing but Filipino companies looking to invest in Hong Kong as well. “We’re starting to see an increase now and with a little bit more push, we can encourage more companies to take the next step,” he said. Galpin cited technology, training and education, and  consumer product sectors as potential growth areas in Hong Kong for local businesses. “Hong Kong imports all its food products but we’re a major food market because we have so many visitors. So we’d like to think companies in food and beverage sector can benefit in Hong Kong too,” he said. “At present, we’ve got the (Filipino) big guys. We’ve got the banks, airlines, some big companies using Hong Kong for mergers and acquisition. What I would love to see is the medium sized companies. Companies that are already doing well here but want to take the next step and do something overseas. We want them to consider Hong Kong as their next step. Medium companies, if they have a competitive product, a competitive service, we’d like to think they can do well in Hong Kong also,” Galpin added. The Philippines last Thursday forged a new agreement with the Hong Kong government to bolster investment cooperation between the two economies. The DTI signed a memorandum of intent with executives from InvestHK pledging mutual cooperation on investment promotion exchanges and best practices.The post Philippines remains attractive to Chinese investors appeared first on Asean Investment | Marc Djandji Blog.

Vietnam to be Country of Honour at CAEXPO 2016

NDO/VNA – Vietnam will be Country of Honour at the 2016 China –ASEAN Expo (CAEXPO), Secretary General of the CAEXPO Secretariat Wang Lei announced on September 21. Addressing a press conference in Nanning city, the Chinese province of Guangxi where the CAEXPO 2015 was recently held, Wang said the decision was reached during the 12th CAEXPO senior officials’ meeting on September 20. The Country of Honour mechanism was first introduced at the CAEXPO 2007. It is rotated  among ten ASEAN member countries - Brunei, Cambodia, Indonesia, Laos, Malaysia, Myanmar, the Philippines, Singapore, Thailand and Vietnam. This year, Thailand was named as the Country of Honour. According to Wang, the CAEXPO 2015 attracted 85 groups of investors and buying mission, up 5% last year. Popular products such as rice, coffee, wooden furniture and handicrafts, as well as China’s packaging and food processing equipment and electronics and electrical appliances grabbed the attention of buyers. Many deals were signed, including a memorandum of understanding between the Bank of China’s Bangkok branch and the China-ASEAN Investment Co-operation Fund, and 34 projects involving machinery production, automobile spare parts and construction materials. Fringe events include 27 thematic seminars and forums featuring China – ASEAN co-operation across investment, e-commerce, electronics, pharmaceuticals, mining, finance and tourism, together with 84 trade promotion and investment programmes. Initiated by China, the first CAEXPO was held in Nanning in 2014 in order to promote a free trade zone between the two sides. The event has since become an annual platform for thousands of Chinese and ASEAN businesses. By nhandan.com.vnThe post Vietnam to be Country of Honour at CAEXPO 2016 appeared first on Asean Investment | Marc Djandji Blog.

China Is Largest Provider of Counterfeit, Pirated Goods to US: Government Report

US, China continue to trade accusations over ‘buzzing’ incident